The wild horses of the great Namib desert

You might expect to see a gemsbok, jackal or even a springbok on the trackless plains and dune fields of the great Namib Desert. But a horse? …

All photographs by Teagan Cunniffe.

He had the makings of a joke, crouched by a watering hole in the scorching Namib desert, waiting for a horse. What escaped me was the punch line. After half an hour it wasn’t even funny anymore.

On either side, the plain of bare gravel rippled skyward in shimmering mirages, broken only by the black ramparts of a sleeping volcano named Dik Willem. There was no way, in this flat terrain, that I could approach the wayward wild horses of the Namib. The only sensible plan had been to wait until they were thirsty enough to make their way to the water supplied by park officials. Some binocular work had suggested that the dots on the horizon were, indeed, horses and that they seemed to be heading towards me. So I crouched down, camera in hand, feeling like bread in an oven. And waited.

In the deep silence, the soft plop of a hoof was clearly audible. I dared not look over the small stone wall separating the drinkers for fear of scaring the scout stallion. He suddenly appeared around the wall, huge, brown and decidedly wild looking. Seeing me, he lifted his head and sniffed. I didn’t move and looked down, trying to sound non-threatening. Then he stepped back behind the wall and I heard slurping.

Soon the rest of the group arrived, each looking at me like an owl but not getting scared. I slowly lifted my camera. At the slight click of the shutter, every horse in sight raised its head and seemed ready to take off: in the silence of the great desert, little noises clearly bore a great omen. Maybe it reminded them of a rifle lock sliding into place. But my second shot aroused less interest, and soon they tolerated my camera’s attention.

They were great beasts with long limbs, these survivors in a place where logic suggests no horse should be; fine but otherwise in good condition. There was, however, evidence of unpleasant battles: cropped ears, punch marks on the sides, and bites on the withers. Their hooves were also carved out of the hard gravels of the desert.

But all is not well. After a century of freedom, their population is dwindling as spotted hyenas have become adept at plucking foals and, sometimes, an adult. The problem is that spotted hyenas are endangered in Namibia and the horses are not native.

For many years, the presence of these wild horses was not widely known, their range being in the Sperrgebiet – the no-go zone in which diamonds are mined. Where they came from is a mystery with many theories, although most people agree that they have been there since “German times” (before 1919).

One theory is about a steamship laden with thoroughbreds that escaped when it ran aground near Luderitz. Another is that they are the descendants of the Nama horses introduced to the region at the beginning of the 20th century.

A slightly more romantic story concerns an eccentric German nobleman, Baron Hansheinrich von Wolf, who built a castle named Duwisib on the edge of the desert. He imported fine horses from Europe and bred stallions for the German Army Schutztruppe patrolling the Sperrgebiet and protecting the natural springs near Garup and Aus. When war was declared in 1914, the baron enlisted and was killed in Europe, leaving some 300 horses to their fate around the castle.

A Namibian management plan for the horses suggests they came from the Kubub stud farm which was established southeast of Aus in 1912 by the mayor of Lüderitz, Emil Kreplin, who bred horses for the racetrack and horses from work for diamond mines. During the First World War, he was interned and then repatriated to Germany. Unguarded and without fences to constrain them, the abandoned horses headed for Garub, 30 kilometers away.

Horses are hardy creatures and, since the Late Eocene period around 55 million years ago, they have roamed the plains of Europe, Asia, Africa and later America. But for centuries – until the invention of the internal combustion engine – they were too useful to be left wandering without harnesses. The last truly wild horses were Equus przewalskii that thundered across the icy plains of Mongolia a hundred years ago. Equus caballus – the standard emission horse – has been fully domesticated for perhaps 5,000 years.

But leave it a gap and a domestic mount will start to live in the wild like a duck in water. All he needs is pasture and water. In the Namib Desert, at first glance, these things are rare. 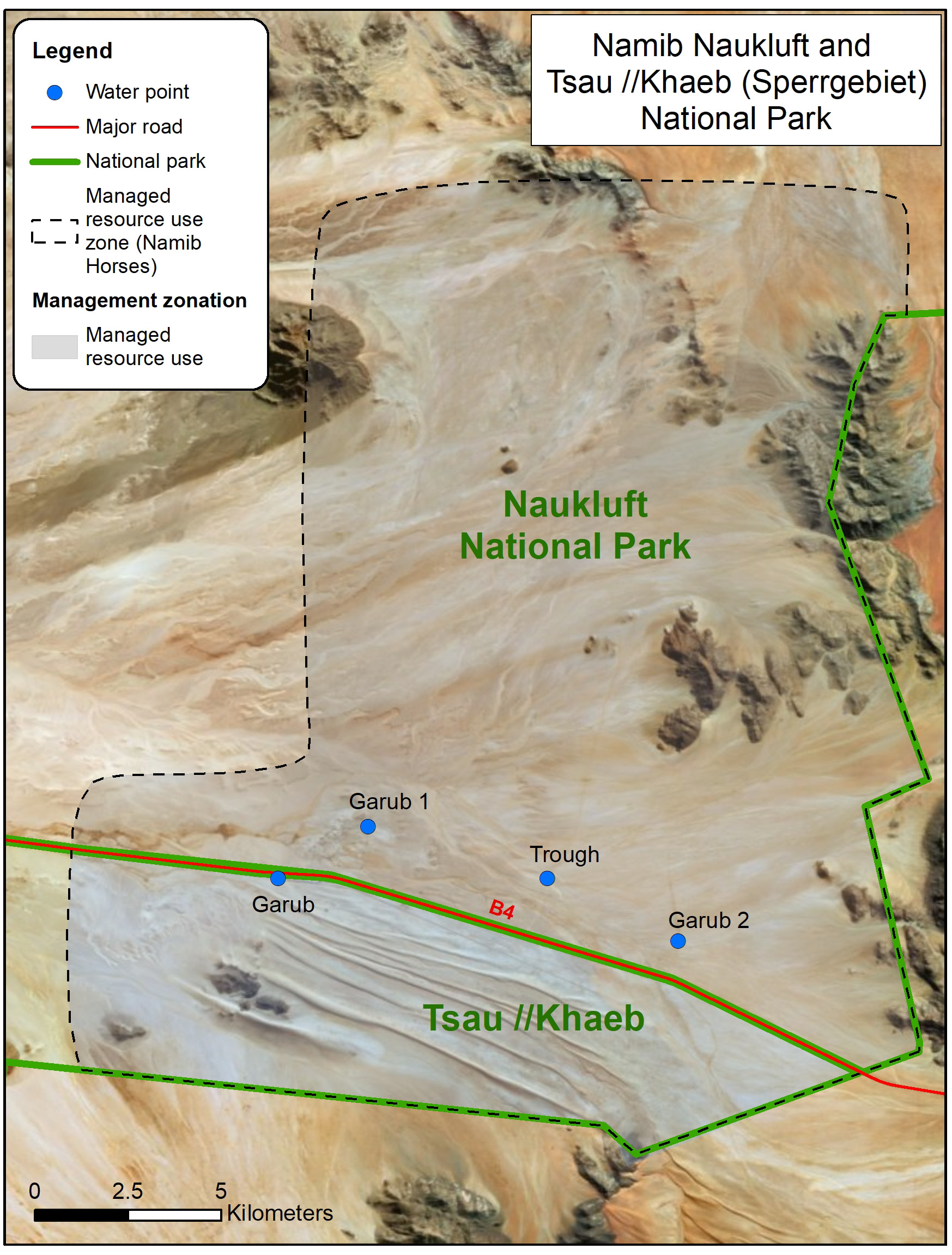 The area the horses live in consists of a gravel slope, dune sand, a hard crust impregnated with calcium carbonate, and a hard stony layer known as the desert causeway. In a good year, maybe 40 millimeters of rain fall. Yet grass is growing.

For many years the wild horses of the Namib survived thanks to natural springs, supplementing the water intake at the Garub siding where a borehole was dug in 1908 to serve today’s steam trains. hui missing. When the springs dried up and the station closed, De Beers Diamond Mines set up a watering hole for the horses. It is now their only water supply, but is now maintained by Namib Naukluft Park officials.

A study of horses by Telané Greyling of Potchefstroom University shows just how adaptable they can be. She found that their diet included a range of tough grasses as well as desert shrubs and twigs – which totaled about seven kilograms of food per horse per day, roughly the same as any pampered pony.

It’s just that it takes a lot longer and a lot more work to get what they need. They therefore sleep less: about four hours a day instead of the normal seven. Not surprisingly, they spend most of their time grazing: much longer than their cousins ​​in the fields. They also play less (even foals), walk slower to save energy, and have little time for comfort activities like rubbing, rolling, or even yawning. Stallions stand more and fight less than domestic horses, although when they do fight it is nothing but gnashing of teeth, flying hooves and dust.

Much of their energy is used to travel long distances between the pasture and the waterhole, so the horses have found a solution. They can easily go up to 72 hours without drinking (the longest time recorded by Greyling was four days).

They also eat dry dung (it is called coprophagia) for the simple reason that although it has been passed by a horse, it still has a higher energy content and more concentrated than the surrounding grass.

The horses I encountered looked great, but the desert is taking its toll. Greyling found that on average about four in ten foals die soon after birth. The causes included predation by jackals, hyenas or maybe even leopards, nutritional stress, being left behind with worn hooves and simply exhaustion from walking too far. Every now and then one of them got lost on the almost straight road between Aus and Luderitz and was struck by a vehicle.

There is of course a question to be asked about the wild horses of the Namib. Should they be there at all? Horses are not part of the native fauna and must surely be in competition with the oryx, springbok and steenbok of the region.

There are those who argue that horses have historical and scientific value and a great tourist attraction. Others say they should fight for their own survival without human intervention. Conservation purists would have them suppressed. If they were trucked in and domesticated, horses would likely die soon, having developed no natural immunity to viral infections.

Those who would like to see the horses stay in Namib might argue that the creatures are simply returning to an area where their ancestors once raged. Three-toed horse-like creatures known as hipparians would probably have left their bones under the desert sands.

But that might have been five million years ago or more. Thus, genetically speaking, current couriers have a very slim inheritance right.

A better argument is the historical argument. For about 100 years, without a whisper from an environmentalist, Namib horses have adapted to their surroundings with only a little help from their friends. For these refugees from human mishap and neglect, it has been a heroic struggle. In the process – if you will excuse me for the expression – they certainly earned their desert spurs, let alone the right to our respect.

And there is a horse, something of the lightness of Pegasus, the raw power of the Centaur, the ethereal beauty of the unicorn and the savagery of the steeds of the waves of Poseidon. But these are all mythical. The wild horses of the great Namib Desert are real.

The puzzle of what to do with the desert horses led to a management plan with guidelines for the survival of horses and hyenas. It recognizes horses for their value both for tourism and as part of Namibia’s cultural heritage. They benefit from complementary food and a water supply. But with few foals, their future seems precarious. Some hyenas were shot, but it caused a local uproar. Moving house? May be.

I had been squatting near the watering hole long enough to develop a painful cramp in one leg. When I judged the horses had enough drunk, I stood up – resulting in thunder of hooves as they galloped back into the glistening desert, long manes and dripping tails.

There are few sights more moving than wild couriers flying across an unfenced plain. If the only place they can do that is in an unwanted wilderness, it seemed to me, so be it. DM / ML

Paradise lost in the Sahara Desert – ...